Svidník is a district town in the north-eastern part of Slovakia which currently has about 11 thousand inhabitants. It is the administrative, economic, cultural, recreational and sporting centre of the region. 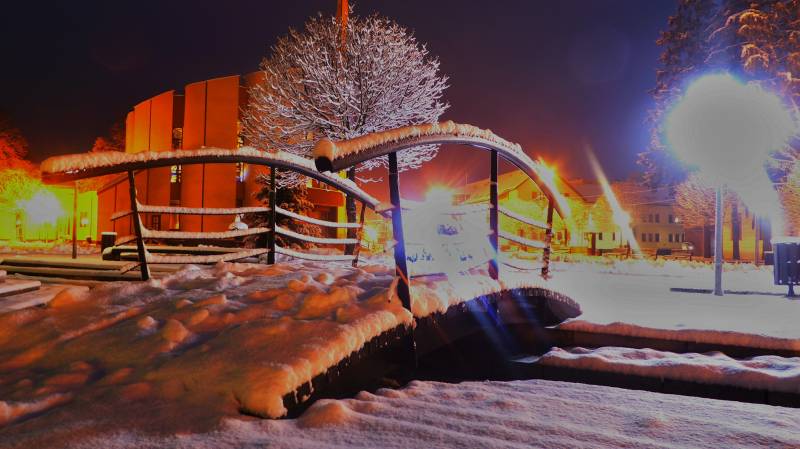 The town lies on the Vyšný Komárnik - Barwinek road, close to Slovakia's largest crossing point from Slovakia to Poland, and on the Via Carpatia road which passes through Lithuania, Poland, Slovakia, Hungary, Romania, Bulgaria and ends in Greece and is also called the road of the future for the Eastern Europe.

Two world wars had a great influence on the development of Svidník.

One of the first to offer specialist health care in Svidník was a doctor of medical sciences, Pribula. On the initiative of Gen. L. Svoboda, a field hospital was built in the town (delivered in 1947), and thanks to the support of the general as President of Czechoslovakia, the construction of a hospital with a polyclinic which still bears the honorary name of Gen. Ludvíka Svoboda was commenced (delivered in 1981). The hospital employs the largest number of people in the town and its surroundings. Other larger companies include the engineering company PSS, transport company Boper, company Bytservis, clothing company I.C.A s.r.o. and another clothing company Pavana.

The town of Svidník cultivates folk traditions, including through the activity of the Dukla Educational Centre. Beekeeping, basketball, wirework, sculpting and pottery have been developing in our region for many years now.

Svidník is located in a beautiful area which offers the possibility of hiking on marked trails, cycling, car tourism, camping, swimming, winter skiing and cross-country skiing. The surrounding forests abound in fruit and mushrooms.