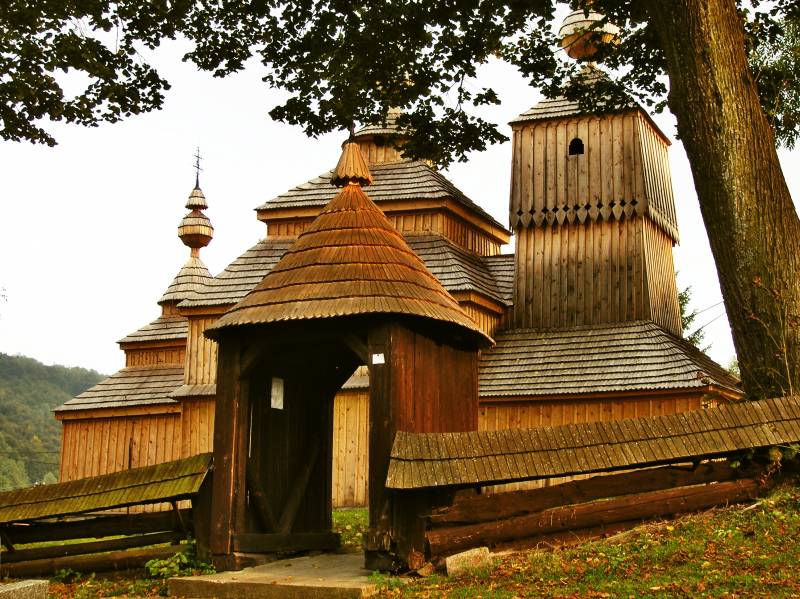 Wooden Greek Catholic Church of St Nicholaus, 1658, NKP
Wooden Greek Catholic Church of St Nicholaus in Bodružal is one of the oldest wooden churches in Slovakia. The construction of the church dates back to 1658. The patron saint of the temple is Bishop Nicholaus, the Miracle Worker. Sant Nicholaus around the year 300 became the Bishop of Mir, in Asia Minor. He was distinguished by immeasurable charity. He is one of the favourite saints of Christians all over the world. He died of old age and was buried in the Church in Mir. He rested there until the year 1087 when his remains were transferred to the Italian port city of Bari.

Wooden Greek Catholic Church of Saints Cosmas and Damian, 1924, NKP
The first Greek Catholic church in the location was built around mid-18th century and was dedicated to Saints Cosmas and Damian. It remained until the beginning of the 20th century, when probably it was destroyed during World War I. The second church was placed in the position of the first one and obtained the same invocation in the year 1924.