Each part of Slovakia owns a hidden treasure that is characteristic for the given area. Such treasures of Eastern Slovakia are certainly wooden churches, unique objects of sacred architecture of the area. 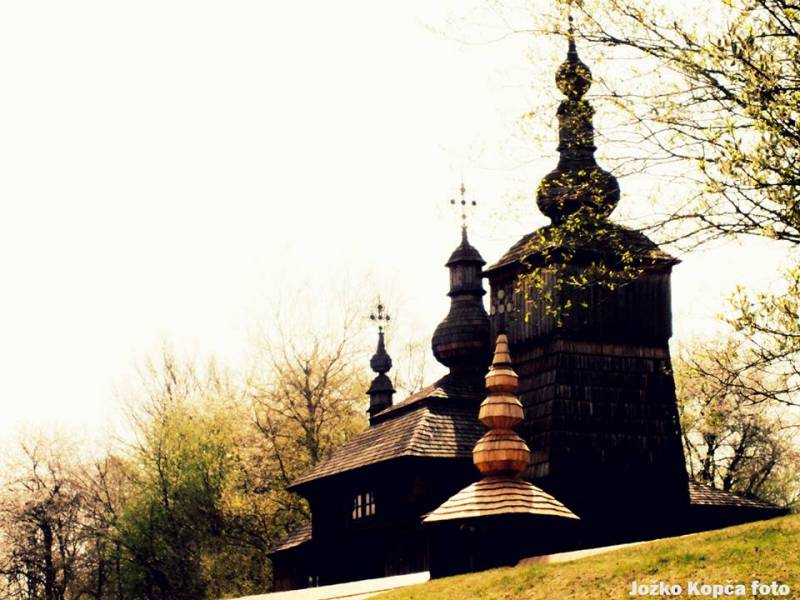 Those works of art show not only strength, genius and skilfulness of the foremen, mainly of the Eastern Slovak region but also evidence a widely-taken human aspiration towards God.

Churches were from one side the reflection of fragility and misery of human being but were also the reflection of unbroken trust of human towards God who often constituted the only and the last hope in life. Human wanted to repay God to the best of his ability, therefore he built a church as a place where he could praise God properly and with glory. The only nondemanding and available material which could be used by human was wood. The whole interior and all the outer parts up to the finest details were made from this material. What is interesting in those buildings is that no nail was used to construct them.

Most of the wooden churches were built in Eastern Slovakia in places where Eastern rite Catholics settled. In North-Eastern Slovakia until today, mostly in their original locations, 42 churches which were erected over the period of the 17th and 19th centuries remained.

There is no luxury or panache in churches but simplicity is predominant. Each of them is unique and different, but all share a common interior division into three basic parts: the vestibule (narthex), the nave of the church and the temple. A dominant of each church is iconostasis which separates the temple from the nave. It is a wall composed of a few rows of icons, ordered in accordance with a proper liturgic principle. Each icon is loaded with symbolic meaning. It is this symbolism that constitutes the dominant feature of the whole Eastern rite, not only when it comes to icon writing but also celebration of individual cult and different religious services.